Ticks: The Removal Process and Diseases You Can Contract 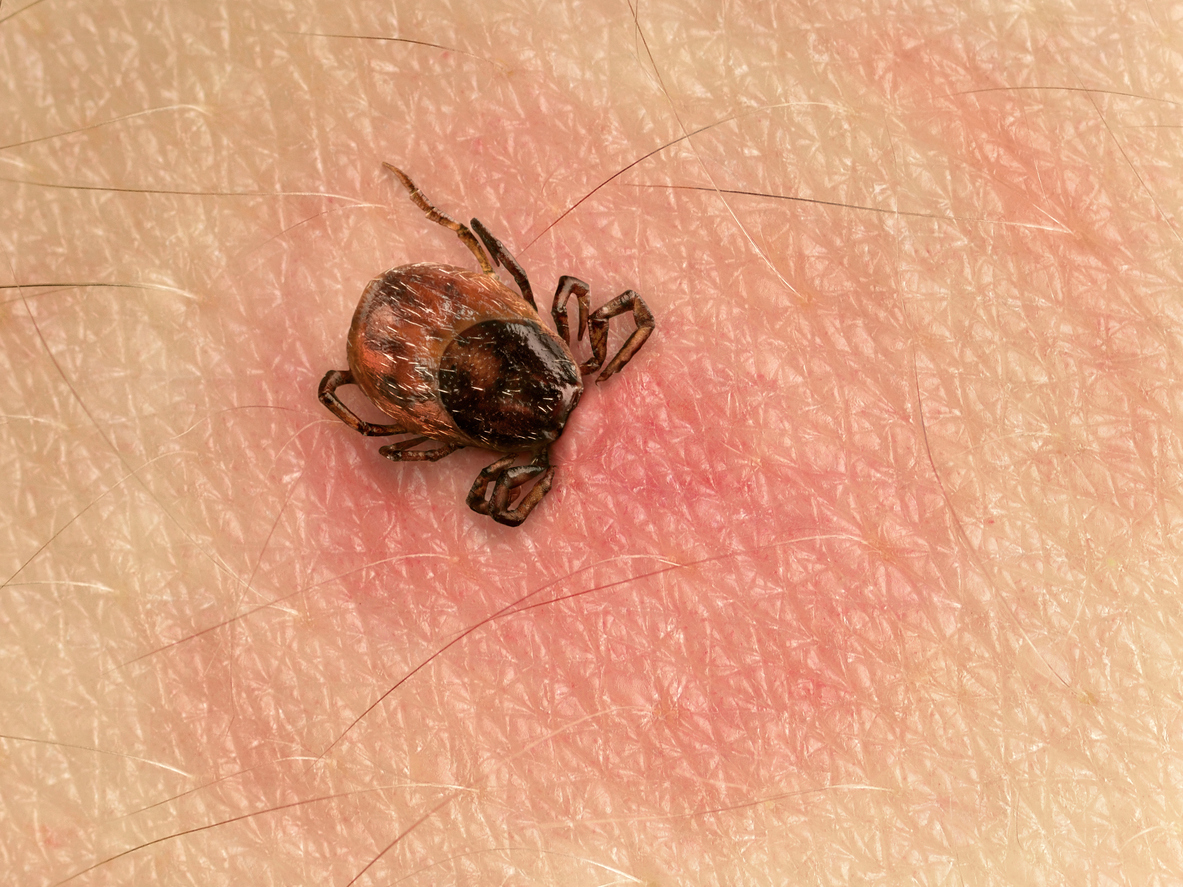 Summer is the perfect time to go on a hike through the woods, climb a mountain, or lounge in the comfort of your backyard. However, you do have to be careful that you’re not bitten by any ticks.

Before you spend all of your free time outside, you should know how to prevent getting bit AND know how to remove ticks if you are.

Cover Up Your Skin

If you’re going to be in the woods or near any high vegetation, you should be wearing the right clothing that can protect you.

Boots, socks, pants, long-sleeved shirts, and a hat should be worn during hikes and any other type of exploration.

This way your skin is completely covered even if you do brush up against some leafy greens that house ticks.

No matter what activity you did that day, if you were in an area with grass, trees, or leaves, you should check your body for ticks.

Before you jump into the shower, do a full body inspection; placing emphasis on areas like armpits and behind your knees.

Use a mirror or a family member to help you check your back, neck, and your scalp. If you happen to find a tick, take a picture of it before removal.

How to Remove a Tick From Your Skin

Whether you’re planning on going hiking or playing with the puppy in the backyard, remember that tick season is well underway.

For those unlucky enough to have been bitten, here’s how to remove it from your skin.

Steps to Remove a Tick

What Happens if a Tick’s Head Breaks Off During Removal?

Okay, so you just got bit by a tick. (You’re mildly freaking out.)

You go and grab the tweezers to pull it out of your skin — but the tick rips and now half of it is still lodged in your skin. (You’re officially freaking out.)

Don’t panic. Take a few breaths. And read on for what to do…

Removing a Tick From Your Skin

When removing a tick from your skin, it’s important to remove all of it — obviously. This is something you can do yourself, however, if you feel more comfortable, you can certainly go to the doctor and have your physician do this for you.

For those that channel their inner “Dr. Gregory House,” make sure you know how to remove a tick from your skin before making an attempt. But remember — you should remove it immediately after discovering it, as diseases (listed out below) can be transferred after 24 hours (if the tick has been infected by it).

Removing a Broken-Off Tick Head From Your Skin

So you attempted to remove the tick yourself with a pair of tweezers, but instead of following the proper directions (that we conveniently listed out above), the extraction was botched!

You now have a tick head lodged in your skin.

It’s not the end of the world. All you need to do is remove the head with your tweezers ever so carefully, so all pieces of the tick are removed. It’s important that you pick out the head in its entirety — if any pieces keep breaking off, make sure you get them all out of your skin.

If you’re having trouble removing the last few pieces, we encourage you to see your local doctor in order to have the rest removed immediately.

Can I Get Lyme Disease From a Tick Bite?

What’s the first thing you think about when you hear the word “tick?”

You’re probably thinking about being bitten and now worrying that you have Lyme disease. But is getting Lyme Disease something that can easily happen from any tick bite?

Yes. A person who has been bitten by a tick has the potential to be diagnosed with Lyme disease. However, not all tick bites will transfer this disease.

The blacklegged tick (also known as the deer tick) is the main culprit and must be infected with a specific bacterium in order to spread Lyme disease — Borrelia burgdorferi.

In addition to being infected by this bacterium, this tick must also have its head buried in your skin for at least 24 hours to successfully transfer the disease.

There’s a lot of factors for this to happen, but being diagnosed with Lyme Disease is not uncommon — roughly 30,000 people are diagnosed with this disease every year, according to the CDC.

Within the First Month:

As Time Goes On:

If you begin to exhibit any of these symptoms after being bitten by a tick, there’s a possible chance you could have been infected with Lyme Disease.

Illnesses You Can Contract From Ticks (Other Than Lyme Disease)

Being able to enjoy a beautiful day outside is the best part about the spring and summer months. One of the few downsides of being able to go hiking or to the park is the possibility of being bit by a tick.

We all know that ticks can give you Lyme disease, but did you know they can also infect you with other tick-borne infections?

This illness is caused primarily by the American Dog tick; located east of the Rocky mountains. Once the illness is contracted, symptoms including a spotty rash will begin to appear roughly five to ten days later.

Since Lyme disease is rarely ever fatal, Rocky Mountain spotted fever is considered to be the most dangerous of all tick-borne illnesses. When this illness is left untreated, roughly 10 percent of all cases result in death.

There is another illness that is oftentimes misdiagnosed as Lyme Disease due to the similarities in their symptoms. HME will result in a similar rash with mild Lyme symptoms.

However, since HME is an acute infection, there are no long-term negative results to worry about once the illness has been treated. The main perpetrator in spreading this illness is the Lone Star tick.

When a person is a bit by a tick, they may be prone to developing a rash immediately. When a rash appears instantly (rather than taking a few days), this is usually due to an allergic reaction from the tick itself instead of an illness or Lyme disease.

Whether you believe the rash is from an allergic reaction or a tick-borne illness, head to the doctor’s office anyways to be sure.

If you’re constantly finding ticks on your pets, your children, or yourself, you probably have a tick problem on your property. Ease your mind by contacting your local pest control company to have this pest problem managed.