Debunking the Most Common Pest Control Myths We Hear 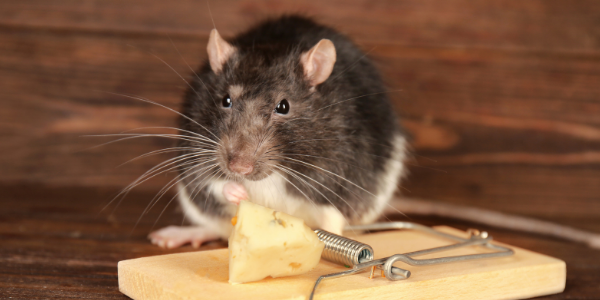 In the pest control industry, we hear a lot of myths pertaining to some of the most common household pests in New York. Knowing fact versus fiction when it comes to pests is key in knocking them out for good, so read on for the truth about 5 common pest control myths to better protect your home and family.

Whether it’s from years of cartoons depicting mice as cheese-loving critters, or the occasional mousetrap-baited-with-cheese success story, there’s no denying we’ve been told through the years that mice love cheese. The truth is, yes, mice will eat cheese, but it’s not necessarily their first choice snack to chow down on; given the choice, mice tend to prefer sweeter treats like fruits and grains.

Can a Bee Sting More Than Once?

The truth to this myth depends on the type of bee. For example, while honey bee workers can sting other insects again and again, when they sting humans and animals, their sting is left behind in the stung person or animal; once its stinger is removed, the bee will die. Queen honeybees rarely leave their hives, but they do have the ability to sting multiple times without harming themselves.

Alternatively, though, many other species of wasps and bees, including bumblebees, bald-faced hornets, and yellow jackets, for a few examples, can also sting multiple times.

Do Roaches Mean Your House Is Dirty?

While sanitation is certainly key in preventing a number of New York pests, roaches in one’s house often give the impression of a “dirty” home. This isn’t always the case.

Of the four key species of roaches we see in New York (American cockroach, brown-banded cockroach, German cockroach, and Oriental cockroach), the species that’s usually indicative of a sanitation problem is the German roach, which will eat, breed, and live virtually anything, anywhere.

In general, roaches enter New York homes for a number of reasons, including basic necessities like food, water, and shelter. If any of these needs are being met, they’ll come on in.

Bed bugs are one of the most challenging pests to get rid of in a home. For that reason, DIY bed bug treatments are usually ineffective at knocking out a bed bug infestation, primarily because of a lack of expertise at locating all of the bed bugs and applying the most effective products to fully get rid of the problem.

Bed bugs are experts at hiding. Though they have “bed” in their name, they are also known to hide in areas like electrical outlets, books, nooks, and crannies. It’s also incredibly common for a bed bug infestation to multiply to other rooms of the home quickly due to their nature; as hitchhiking pests, it’s likely that a bed bug will latch on to the clothing of someone in the bed, then be carried to the couch in the living room, for example.

If You Don’t See Any Household Pests, Does That Mean They Aren’t There?

The final pest control myth we hear often is that if you don’t see any household pests, they must not be there! That’s simply not the case. Even referring back to the previous pest myth, bed bugs are an example of a pest that is incredibly hard to identify, and you may not realize they’re there until you already have a problem. Similarly, termites are known for being silent destroyers, eating away at the wood of homes in the background 24 hours of the day, 7 days of the week, 365 days of the year.

Along with this myth comes another common idea that pests “die-off” in the winter; in actuality, many pests’ activity may slow down during the colder months, but they’re very much still present, camping out, waiting on warmer days to become active again. Because of this, the most effective way to make sure you don’t have pests is with a regular preventative service from Knockout Pest Control. Our team is licensed, trained, and knowledgeable in identifying the most common hiding places for pests and knocking ‘em out for good.