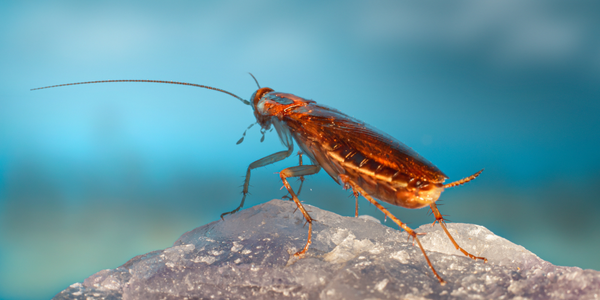 Cockroaches are one of the most common pests that infest New York homes, and for a lot of people, they’re also one of the creepiest pests. While you may already know the basics for preventing roaches in your home, you may not know these 10 facts! Read on to learn some new cockroach facts…if you dare.

Cockroaches Have Been Around for Millions of Years

Have you ever come across a cockroach in your house and no matter what you do, you just can’t seem to knock it out for good? Cockroaches are resilient in more ways than one. In fact, they’ve been around for around 400 million years, which is even longer than humans! Cockroaches are very well-adapted to living alongside humans and have evolved over centuries to survive and thrive in a variety of habitats from forest floors to trash bins.

Cockroaches Will Eat Just About Anything

Cockroaches are omnivores, meaning they’ll eat both plants and animals; in fact, they’ll eat just about anything. While they aren’t picky eaters, they do especially enjoy starchy foods, sweets, grease, and meats. Their diet isn’t exclusively similar to humans’, though if you leave crumbs or spills around for them, they’ll certainly come crawling; cockroaches often munch on cardboard boxes, wallpaper glue, stamps, leather, poop, soap, and even other cockroaches.

Cockroaches Can Go Weeks Without Eating

Cockroaches are cold-blooded insects, which allows them to go for as long as a month without food. Water, on the other hand, is much more important to their survival, and they can only go a few days to a week without it. Their reliance on water for survival is why these pests are most often found in moist areas of the home like bathrooms, kitchens, and basements.

A Cockroach Can Live Without Its Head

As we’ve mentioned, cockroaches are tough, and believe it or not, cockroaches are able to survive for weeks without their heads. Compared to a human, the reason this is possible for cockroaches is because they don’t have blood vessels or blood pressure; instead, cockroaches have open circulatory systems with much less pressure and no uncontrolled bleeding upon the loss of their heads.

Cockroaches Can Fit Through Tiny Cracks

Surprisingly, cockroaches can flatten their bodies and squeeze through cracks smaller than 1/16 of an inch. That’s just barely wider than a pencil. They can even run at high speeds while their bodies are squished!

Cockroaches are one of the most common household pests across New York.

Cockroaches have no natural enemies except us—humans, who generally consider them gross pests based on their creepy appearance alone. However, these insects are known to carry bacteria that cause food poisoning, dysentery, and cholera; they also leave behind droppings containing allergens that trigger asthma attacks in people with respiratory problems such as asthma or allergies to dust mites or mold spores.

Cockroaches Don’t “Die Off” In the Fall and Winter

It’s a common myth that pests like cockroaches “die off” during the winter. Despite being cold-blooded pests, when temperatures drop, cockroaches will seek shelter inside your home. In the spring, their eggs will hatch when warm temperatures and moisture levels return, which is why you may seemingly end up with a cockroach infestation out of nowhere. It’s always best to knock ‘em out before they become a major problem!

There Are Thousands of Cockroach Species Worldwide

While the three cockroach species we see in New York may be more than enough to worry about, there are approximately 4,600 species of cockroaches worldwide. Of those 4,600, around 30 cockroach species are commonly found in human habitats.

Cockroach Infestations Can Get Out of Hand Quickly

Though it varies by species, on average, a female cockroach produces 5-15 egg capsules in her lifetime; inside these capsules is about 15 cockroach eggs. These pests mature quickly, and within just a few weeks are ready to lay eggs of their own.

Whether you’re dealing with an active cockroach infestation or would rather not ever run across one in your kitchen in the middle of the night again, Knockout Pest Control is your local New York expert at knocking out cockroaches for good.