5 Ways to Ward Off Wasps 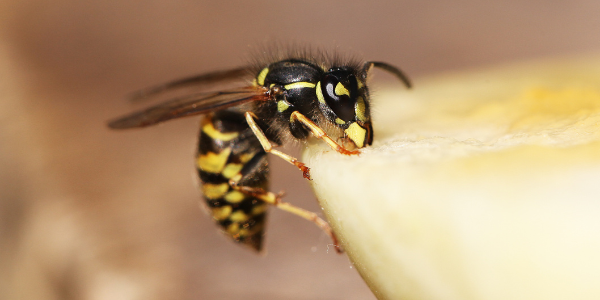 For New York homeowners, stinging insects like wasps may seem like an inevitable pest issue that must be endured each summer. With the right knowledge, however, it is possible to prevent wasps and other stinging insects from taking over your yard this summer. We’re breaking down the wasps to look for, what attracts them, and five easy ways that you can prevent wasps in your yard.

Types of Wasps in New York

While there are thousands of wasp species across the United States, in New York, we primarily see just a few: yellow jacket wasps, European hornets, paper wasps, and mud daubers.

Did you know yellow jackets are actually a species of wasp? These yellow and black insects have shiny bodies similarly sized to honeybees, with vicious stingers. While they’re considered beneficial to the environment, yellow jackets pose threats to humans and animals and are aggressive both on their own and in swarms. Yellow jacket nests are commonly located in eaves and attics, but they’ll commonly swarm near trash cans and food sources, as well.

Paper wasps are another common wasps species in New York, and we typically see several varieties differing in color from red, black, brown, to metallic blue. Varieties can be red, black, brown, or even metallic blue. While paper wasps aren’t aggressive for no reason, they will become hostile when protecting their nests, which are most often found in residential yards and their foliage.

Believe it or not, European hornets are the only true hornets found in North America. These stinging insects live in colonies with as many as 200-400 other hornets and are larger than yellow jackets. Unlike many other common stinging insects in New York, European hornets can be active both day and night. Common nesting areas include hollow trees, attics, porches, and inside wall voids.

Mud dauber is the common name for wasps that build their nests from mud. They’re usually black, but may have some blue metallic coloring on their bodies, as well. Unlike yellow jackets and hornets, mud daubers aren’t usually aggressive, however, they are known to build nests in cracks and holes in buildings which more aggressive stinging insect species may later take over.

How to Prevent Wasps

Dealing with Wasps? We’ll Knock Them Out

Wasps may feel like an inevitable summer pest, but you don’t have to deal with them in your yard.

For help knocking wasps out before you risk yourself, your family, or your pets getting stung this summer, contact Knockout Pest Control at 1-800-244-PEST—our team is trained in identifying and removing wasps’ nests so you can safely enjoy your yard all summer long.